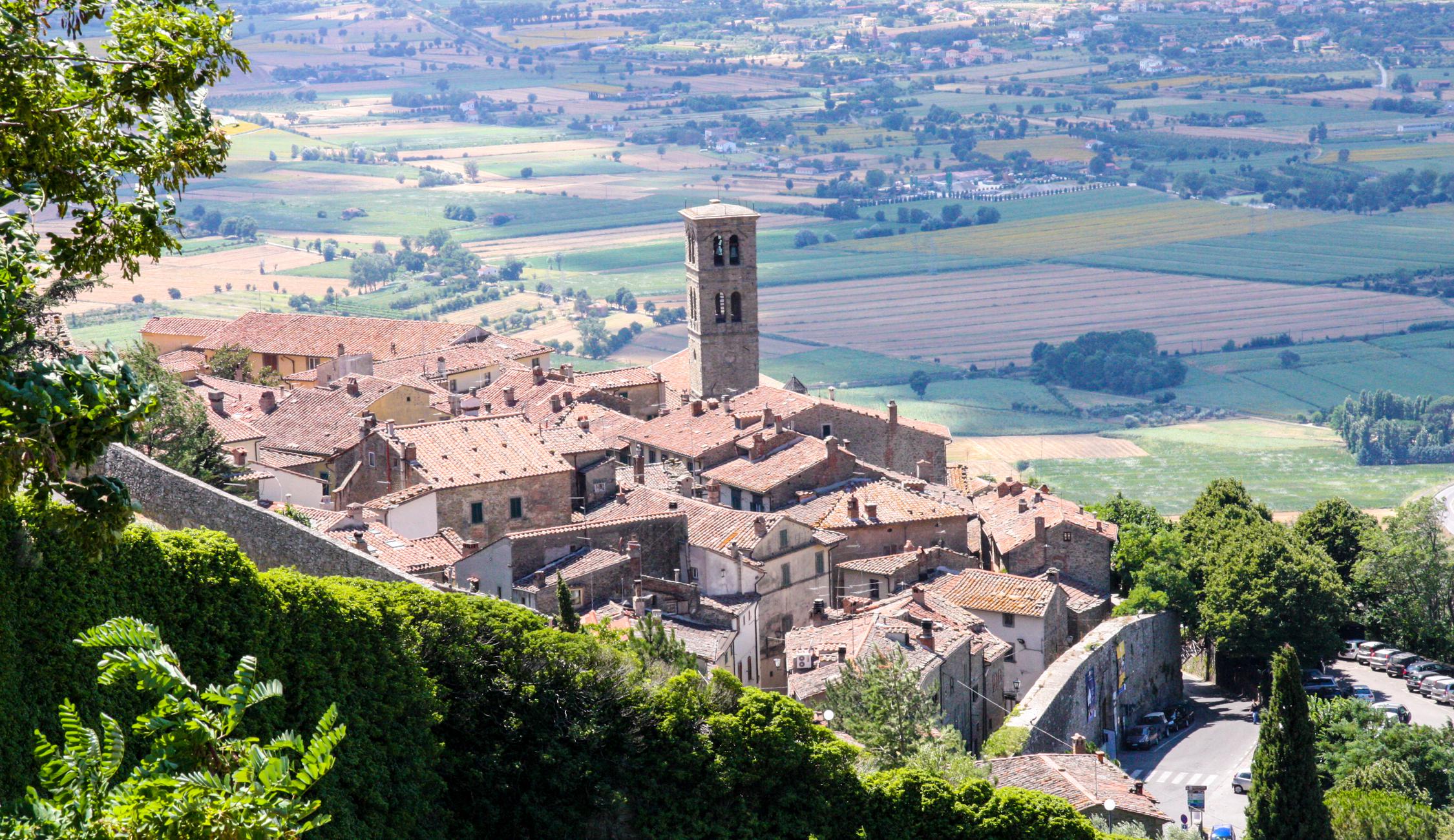 old town at a glance

They story of Cortona
Etruscan origins and legends

Lying high on the hillside at over 2000 ft a.s.l., amidst olive groves and vines, Cortona looks out over one of Italy’s most sweeping and stunning panoramas. The town’s origins are lost in the mists of time and legend: Virgil claims Dardanus to have founded Cortona before travelling to the Orient to found Troy. Greek writers such as Theopompus, Aristotle and Lycophron maintain that Ulysses ended his life in Cortona. What we do know for sure is that Cortona was, in Etruscan times, one of the twelve Lucumonies.

The Greeks called the town Croton; Livy names it Cortona whereas Virgil, in the Aeneid, refers to it as Corytus. The town’s massive and imposing walls, the sumptuous collection of funerary furnishings preserved in the Museo dell’Accademia Etrusca and other precious artefacts all bear testimony to its Etruscan past. The recent discovery of the monumental tomb named “Melone II del Sodo”, dating back to the first half of the 6th century B.C., brought back to the fore the town’s prominent role within the Etruscan civilization and art. 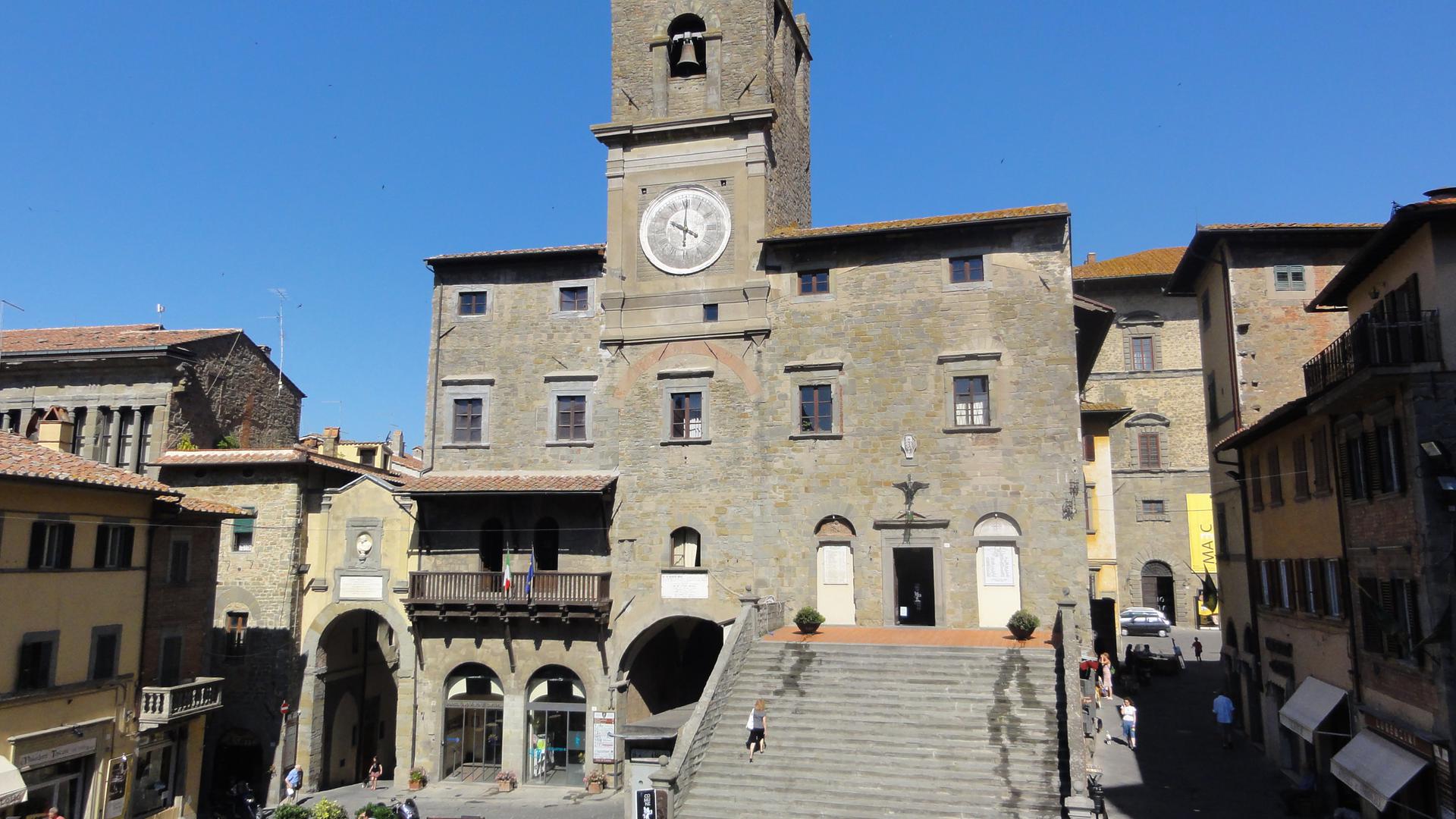 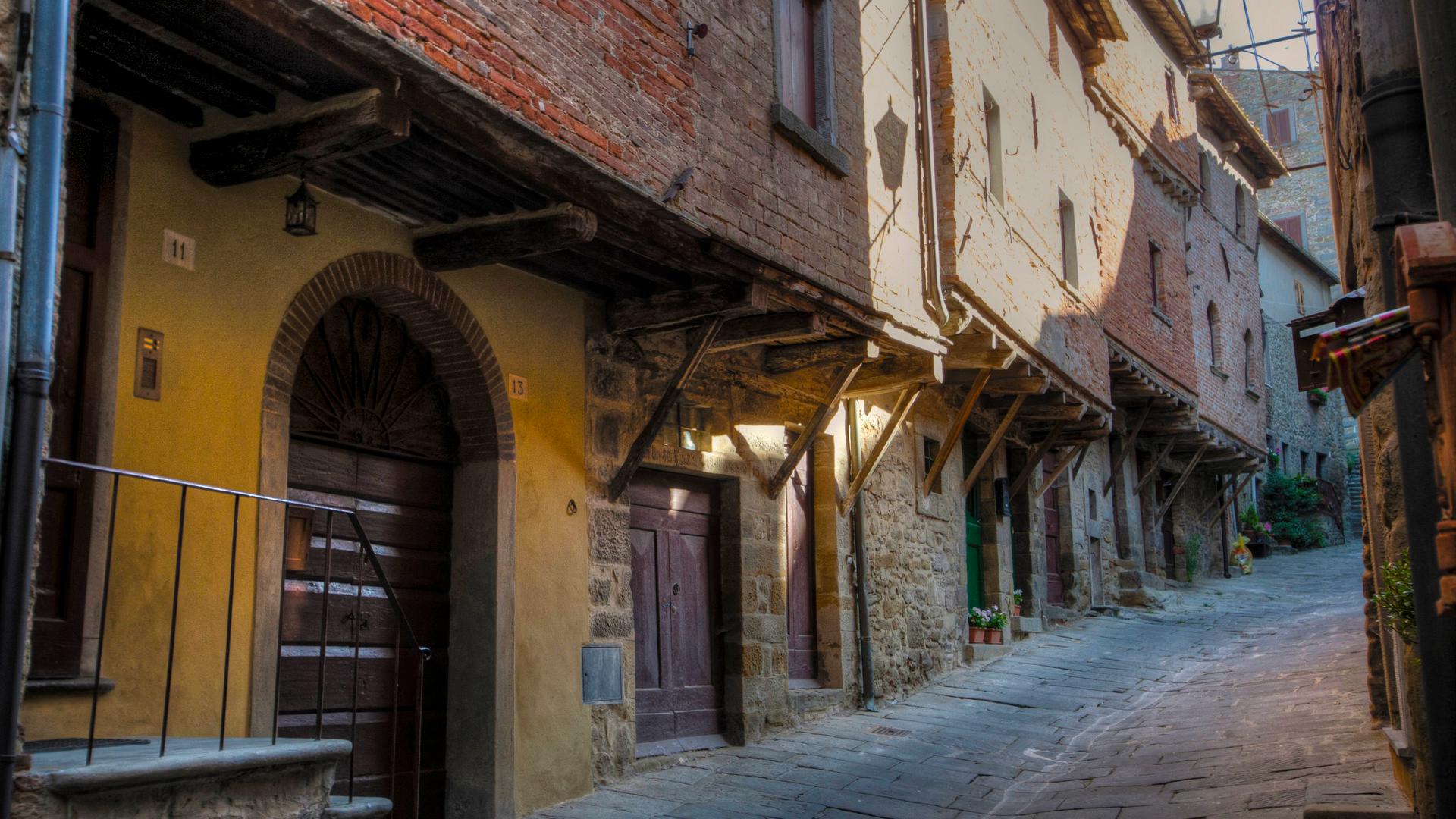 Cortona became a roman colony under Lucius Cornelius Silla. On June 24 217 B.C., during the second Punic war, one of the bloodiest massacres in history took place in the immediate vicinity of the town, on the shores of Lake Trasimeno, where the roman legions led by Consul Flaminius were crushed by Hannibal.

During the barbaric invasions Cortona was razed by the Goths in 450 A.D. and only centuries later, in the 13th century, did the town surface anew in history as a free Commune, minting its own coinage and often in open war with Arezzo. Cortona sided with the Ghibelline faction and was visited by emperors Frederick II of Sweden and Henry VII of Luxembourg who bestowed privileges on the town. In 1325 the Casali family, as a reward of their political merits, were conferred the Seigniory of the town which they held as late as 1409.

In 1529 Cortona followed the fate of the Grand Duchy of Tuscany, first under the Medicis and later, from 1737 on, under the Lorenas, to become eventually, after the 1860 plebiscite, part of the newly-born Kingdom of Italy. Cortona’s buildings, churches and illustrious sons bear testimony to its medieval and renaissance past.

Old town kernel
A little walk in the old town

Palazzo Casali: Palazzo Casali is one of Cortona’s most important and dignified buildings. Its façade was designed in the early 17th century by architect Filippo Berrettini, whilst the interior goes back to the 14th century. The building was the official residence of the Casali family, lords of the town and houses today the Accademia Etrusca, the Academy museum and the town-library.

The town-hall: the building’s oldest sections, dating back to the 13th century and including the Council Hall, are still to be clearly seen on the side walls bordering the passage from Piazza della Repubblica to Piazza Signorelli.
The bell tower and the ample frontal steps were added later starting from the 16th century. 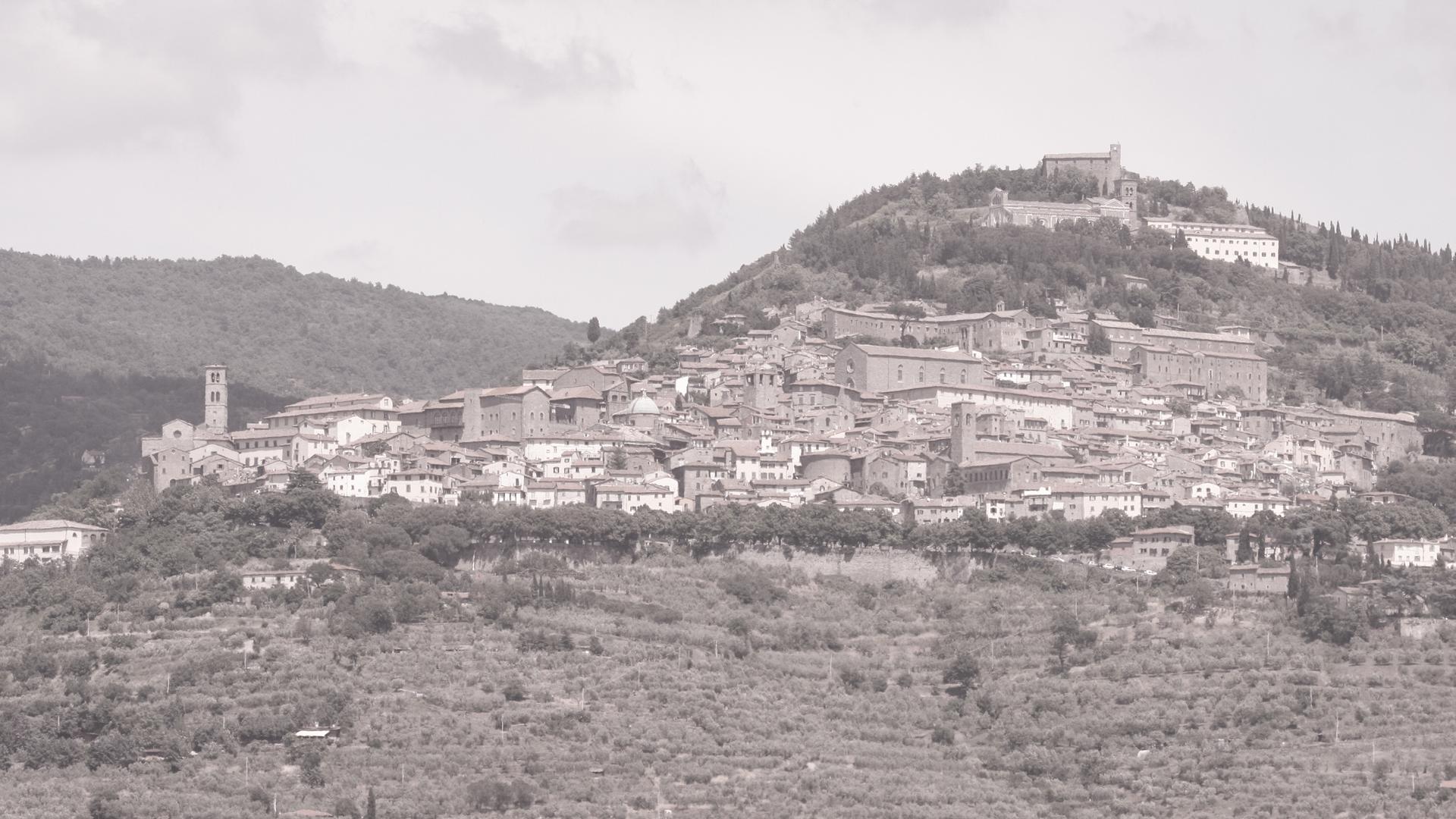 Palazzo Passerini: built in the 13th century, was the residence of the Captain of the People and together with the town-hall building stands lofty and austere over the town centre. The building was donated in 1514 to Cardinal Silvio Passerini and here, one year later, stayed Pope Leo X, a personal friend of Passerini’s.

Palazzo Mancini-Sernini: at the top of Via Guelfa is the current seat of the Banca Popolare di Cortona. A barely legible time-worn inscription on the building’s ornate and elegant façade reminds us of the first stone being lain in 1533.

Fortezza Medicea del Girifalco: There has probably been a fortress on the hilltop overlooking Cortona since the 5th or 6th century BC, when the original Etruscan walls followed a course which roughly corresponds to the existing perimeter walls of today. However the first historical records describing a ‘strong and beautiful fortress’ date back to 1258 AD. Current layout refers to the project of our fellow citizen Francesco Laparelli, participant of Antonio da Sangallo.